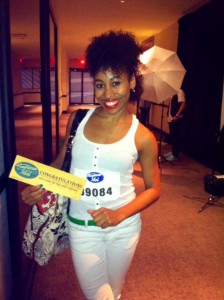 The process was LONG. I met 4 times in a span of 4 months. The first audition was in July of 2013, and I finished the process a couple months after. I experienced so many emotions. As a performer, I’m already antsy before I go on stage. But what sUcKs about auditions is that you never know exactly what time you will perform! So that alone adds on to the unwanted stress. There is so much you have to be prepared for… The weather, standing in line for hours, sitting in waiting rooms for long periods of time, staff yelling out directions throughout the day, and obviously, a lot of people = a whole lot of noise! Lol.

But it’s not all bad. Like I said, this was my first time auditioning, and I did very well. 🙂 The producers gave me a pass for the first round. From there, I had to fill out tons of paper work, take pics, & give them my contact info. It was exciting!  I learned a little of what goes on behind the scenes and how important it is to be discreet when you’re part of the filming process for any show! You never want to spoil anything. (And can get in trouble if you do! Lol) I got to see how much work is involved and why it takes so many people to make things run smoothly. Crazy!  Everyone was helpful and pretty cool for the most part. I also got to meet new people from across the country and see some amazing talent. After you keep making it pass each round, the groups start to get smaller and you start to recognize faces. I understand why it was so important to look the EXACT same way every time I showed up! Lol You never know what footage they might use. It’s a process, just like any other TV show audition, and you have to sing a few times in front of different people before you actually see the celebrity judges. Thank God they all liked what they saw! 🙂

So after lots of singing, interviews, & anticipation, it all came down to the celebrity judges. It was the end of October by the time they came to Atlanta, GA. We were their last city. And I was in the last group of the day. :/ I was pretty calm, and just really anxious to go. I stepped into “The Chamber”, prayed, fixed my Nikes, checked myself in that full body mirror, and when I saw the green light, I headed for the judges room! FINALLY!  The judges seemed nice and gave some convo. before asking me to sing. I performed Carrie Underwood’s “Good Girl” and a piece of Bruno Mars “When I Was Your Man”. I guess it wasn’t my best performance cuz they ALL said “No!” lol Jennifer Lopez even said, she liked my facial expressions and it reminded her of theatre/Broadway. But she didn’t think I was “what they were looking for.” 🙁

I swear I went in there expecting to just nail it and get that ticket to Cali. All week I was so excited just to see JLo in person! lol But it was so odd. Opposite. They weren’t smiling at the end. So I was disappointed, but as always, was professional & kept my smile on. I came out to meet my family/friends, with the camera in my face, only to reveal I didn’t make it. Lol Afterwards I did my last interview “confessional style” and hit it! Lol I think it all just really hit me in the car on the way home. I realized just how disappointed I was and how bad I wanted it. I saw myself in California preparing for the next round, and making it to TV! I would’ve been okay with just that! Lol I even cried…  I couldn’t help but think out loud: What was it that they were looking for? I should’ve warmed up again! Maybe they didn’t like my song choice. I didn’t hit that last note right. Maybe they would’ve said, “yes”, if I went earlier in the day” and so on. That’s what I do – think about any and everything that could’ve had an effect on my performance and on their decision! Lol I thought back to how well the other rounds went and also my previous performances as a singer in general. It’s so frustrating when I don’t sound my best. But sometimes we have not so good days and that’s okay. It happens. What is important, is to learn from it. “Giving up” or changing the way I sing because of 3 people, wouldn’t be an option for me. But instead, I had to take into consideration their feedback. I appreciate Harry Connick Jr’s remarks about my vocal tonality. That’s something I can work on! Keith Urban even thought I was imitating the artist’s voice and that I should already have my “own sound.” I was reminded that day that everyone will not always like what I do, and people are entitled to their own opinions. That’s life! (And I’m in the music/entertainment business, and I know I ain’t seen nuthin’ yet! Lol.) But after every “bad” performance, I gotta keep it moving!! Just something else I had to go through… 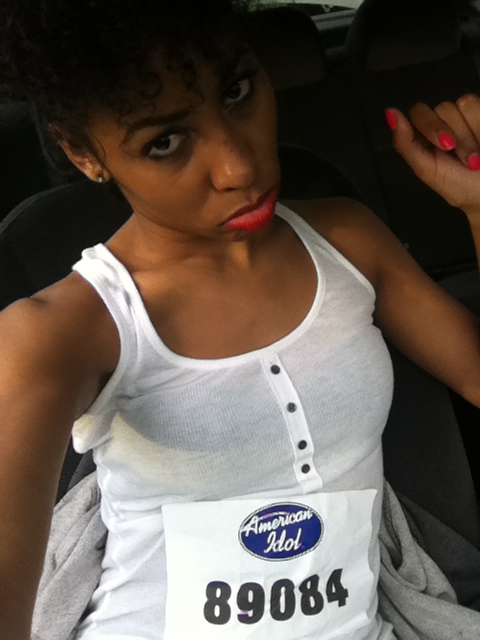 I’ve learned how important it is to come up with my own way to prepare for these types of auditions. The same preparation can be used for my own shows as well! It’s so imperative that I know what works for me & what doesn’t! I gotta stay warm, keep my vocals warmed up until I sang, find a way to stay focus & be mentally ready even when there’s so much going on around me! Oh and always have snacks handy! HOLLA! Haha. (Just to name a few. 🙂 As always, I’m thankful for opportunities. I’m thankful for Edward- my manager, Queen- my vocal coach, my family, friends, fans, & supporters. You guys give me motivation when I can’t seem to motivate myself. You remind me that I AM a “star” no matter what. 🙂 Edward & Queen- I need people to always be honest with me, to correct me… but at the same time, uplift me and let me know it’s going to be okay, simply because they believe in me. Thank you for that. Thank You All!

I know I’m getting sappy and trust me, I didn’t expect to write so much (but then again I never do! lol) But, just reflecting on the little things and every challenge I face makes me appreciate life and the people in it. Without trials, there’s no room to grow. And ya’ll know over here, we all about progression! 😉 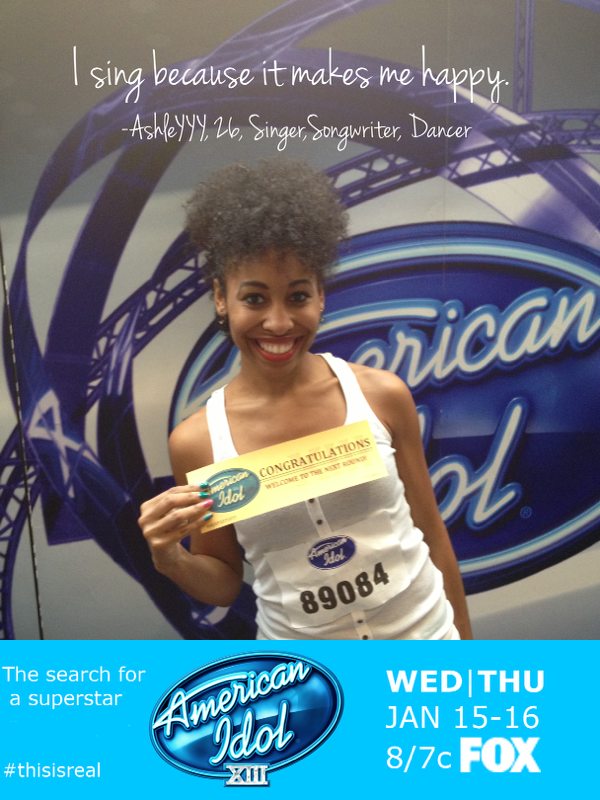