Here’s the  tracklisting and cover artfor my third project Triple Threat. Due July 4th, the 10 tracks include only one feature this time around from R&B singer, Jre Riley, on the love infused duet, ‘Hit The Water.’ The album singles include: ‘So Beautiful’ the emotion filled ballad & so far fan favorite! (produced by Silas Doss), the lyrically racy & hard hitting banger, ‘Make Me Real Bad’ (produced by Justin McCulla) and the flirtatious & up beat groove ‘Joyride’ (produced by Bizness Boi). All songs were written by the triple threat herself. AshleYYY also gives you one of her favorites as the ultimate bonus track, ‘Moon Falls Down.’ Triple Threat will be released July 4, 2013 via iTunes, Google Play, Amazon and anywhere else digital music is sold.  The Triple Threat Series is available  HERE.

“This album truly lives up to its title. Triple Threat has a little of everything on it. It’s multifaceted and represents me as an artist to the fullest! EVERY track goes hard. So expect GROWTH & GREATNESS!” ~AshleYYY

See the tracklisting per iTunes. 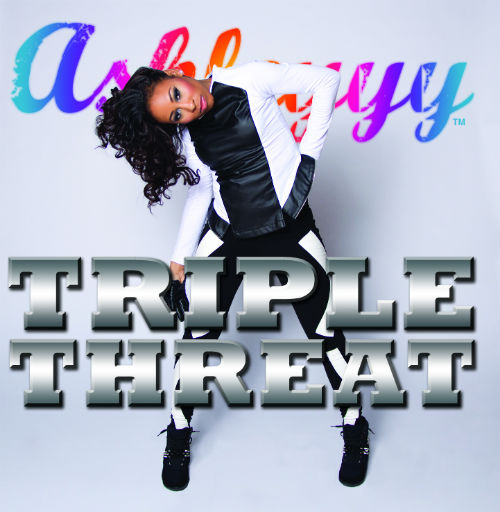 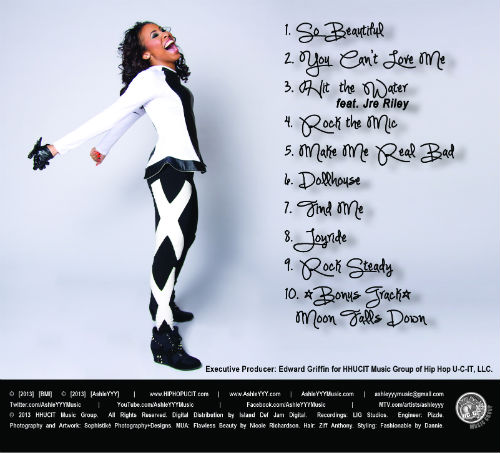