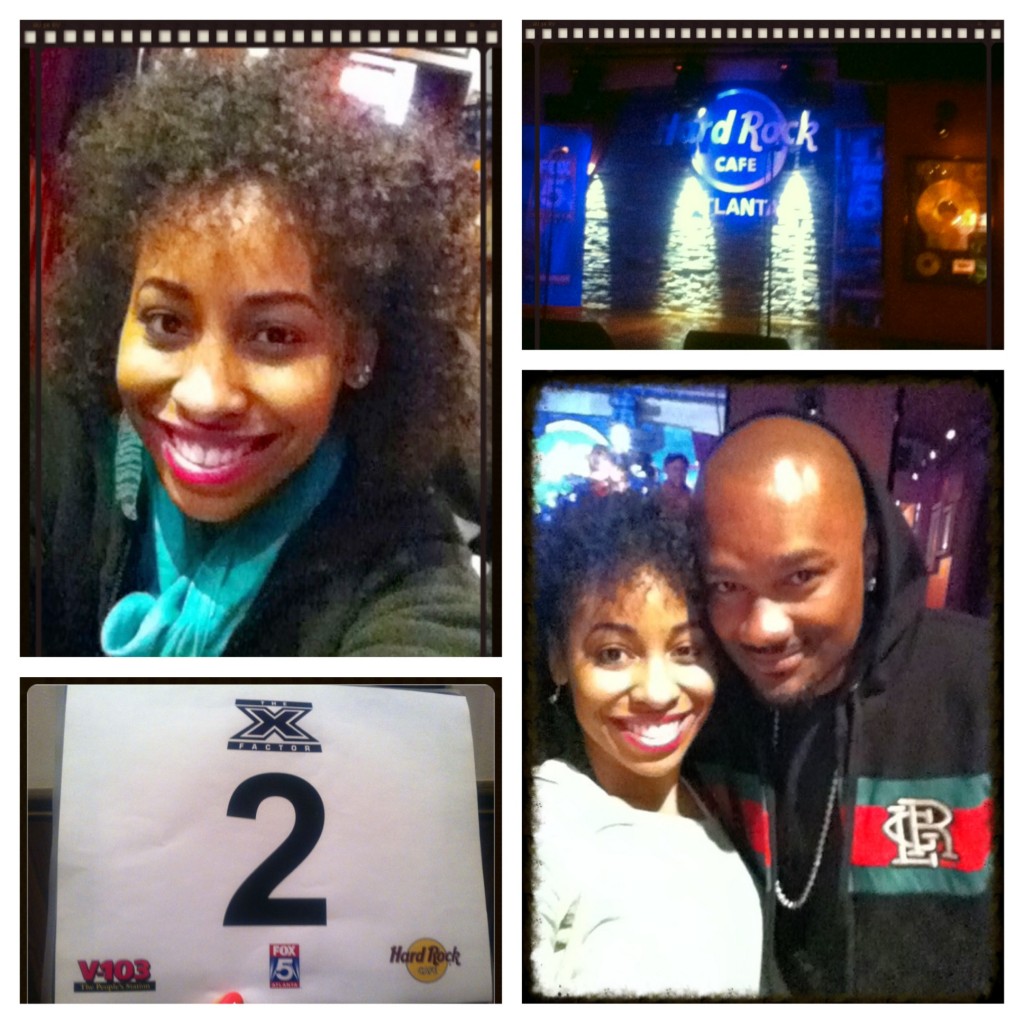 So! FOX 5 ATLANTA gave the first 150 people who signed up an opportunity to win an audition pass to sing in front of the X FACTOR judges. It was held at The Hard Rock Cafe’ in downtown Atlanta (So we got to perform on stage with a mic! Holla!) There were 3 impressive judges, V-103 was there & Big Tigger hosted!

OMG I had a great time! We had 30 seconds each to sing. (There was actually a timer on the side of the stage! lol) This was the shortest time I’ve EVER been given at an audition – so the challenge in this was to make sure you have a song that will knock em dead right away! lol

I was the SECOND person to sing! I felt great about my performance and even got the audience snapping with me 🙂 I sang Bruno Mars – When I Was Your Man. I didn’t get picked as one of the 3 winners, but I had a blast & met some great people in the process! My grind don’t stop 😉